We prepare our students to develop critical thinking skills that allow them to contribute solutions to the current environmental, social, and economic challenges facing humanity in the twenty-first century.

Are you a college student? Visit the ONTransfer website to view more of our pathway agreements.

Algoma U’s four-year Honours Bachelor of Science in Environmental Science program is an interdisciplinary program that integrates core courses in the disciplines of biology, chemistry, and geography. By integrating multiple disciplines, we are able to address some of the most profound and complex concerns faced by modern society.

The program examines the increased impacts of global climate change, the spread and threats of invasive species, the continued loss of biodiversity and degradation of agricultural soil quality and availability, and other environmental challenges. The Environmental Science Course Map (PDF) outlines the program requirements for the Honours Bachelor of Science (B.Sc. HON) in Environmental Science.

Being located in Sault Ste. Marie, Ontario, students will have ample opportunity to work in the various natural ecosystems which encircle the city. Sault Ste. Marie is at a crossroads between nature and industry, providing endless opportunities for students to examine first-hand the relationship between people and the environment. Within the city limits are large tracts of forests and fields, fast moving rivers, swamps, bogs, and St. Mary’s River. Not many cities can boast that kind of habitat diversity, or the biological diversity associated with it, making Algoma U and Sault Ste. Marie the ideal location to study Environmental Science.

This institution has been granted a consent by the Minister of Advanced Education and Skills Development to offer this program for a 7-year term starting 01/12/2017. Prospective students are responsible for satisfying themselves that the program and the degree will be appropriate to their needs (e.g., acceptable to potential employers, professional licensing bodies or other educational institutions). Renewal of Ministerial consent is a cyclical process. Algoma University will apply for renewal of consent in accordance with the guidelines of the Ministry of Advanced Education and Skills Development.

What You Can Expect

Learn outside of the classroom

Students will benefit from countless hands-on learning experiences. Aside from coursework, students will conduct field research within the Algoma district.

This course will introduce students to experimental design, and the use of common statistical methods relevant to environmental science. Students will be given practical assignments to interpret results and draw relevant conclusions, gaining experience with statistical program SPSS.

Students work with a supervisor to research, plan, and carry out a scientific project with the goal of publishing their findings. The research will be placed on display in the Essar Convergence Centre. Students may elect to take the non-thesis option, instead participating in a second internship.

In third year, students participate in an 80-hour internship within the Algoma region. Students can compete their internship with a variety of local companies and research institutes, including the Tarentorus Fish Hatchery, Ontario Forest Research Institute, Graystone Environmental Ltd., the Department of Fisheries, and more.

Earn a degree in high demand For more detailed information on our courses, please visit our courses schedule section

Are you ready to apply theory and academic content to real-world experiences? It's time to make your plan!

Our Environmental Science faculty are experts in the field. Get to know them! 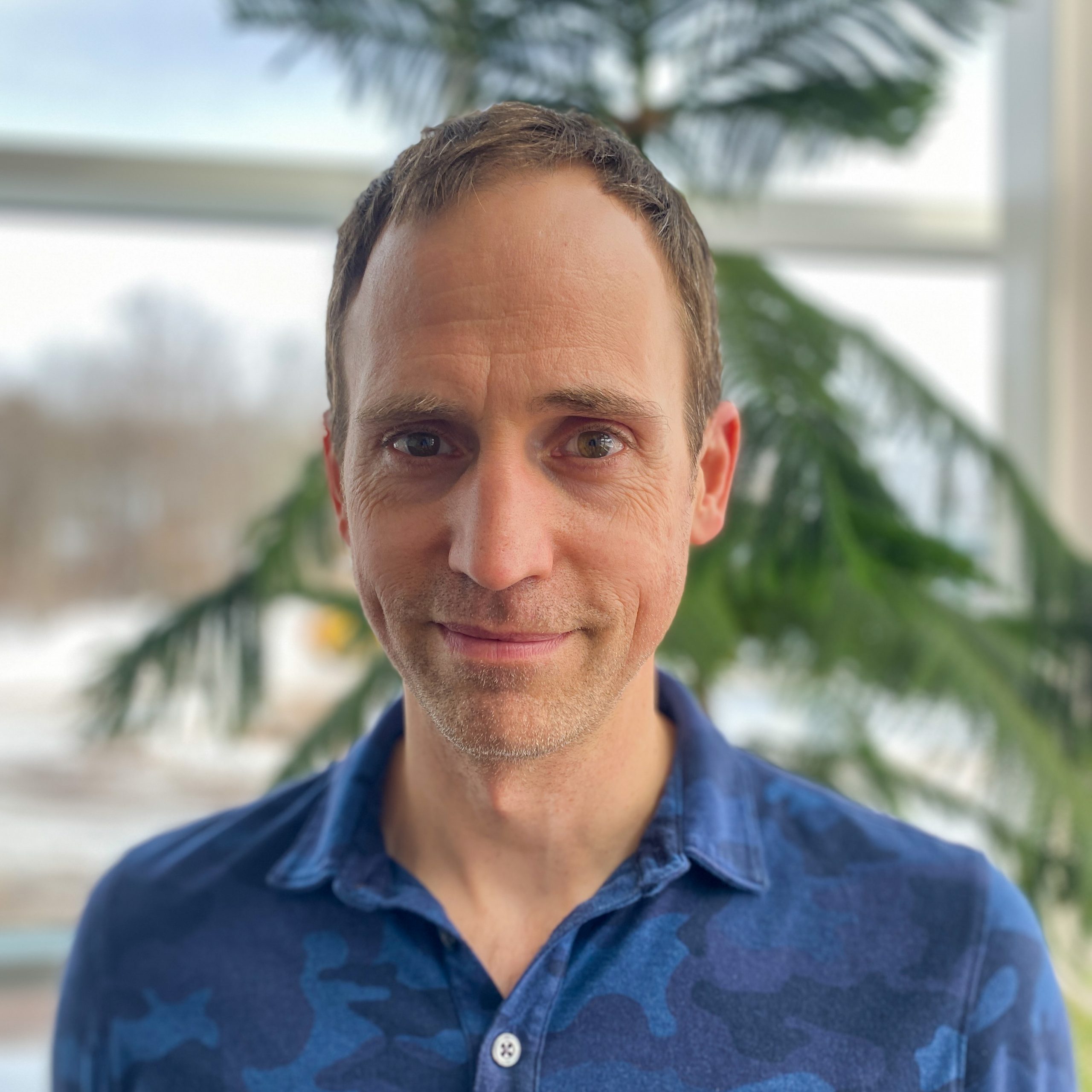 Head of the School of Life Sciences and the Environment, Associate Professor 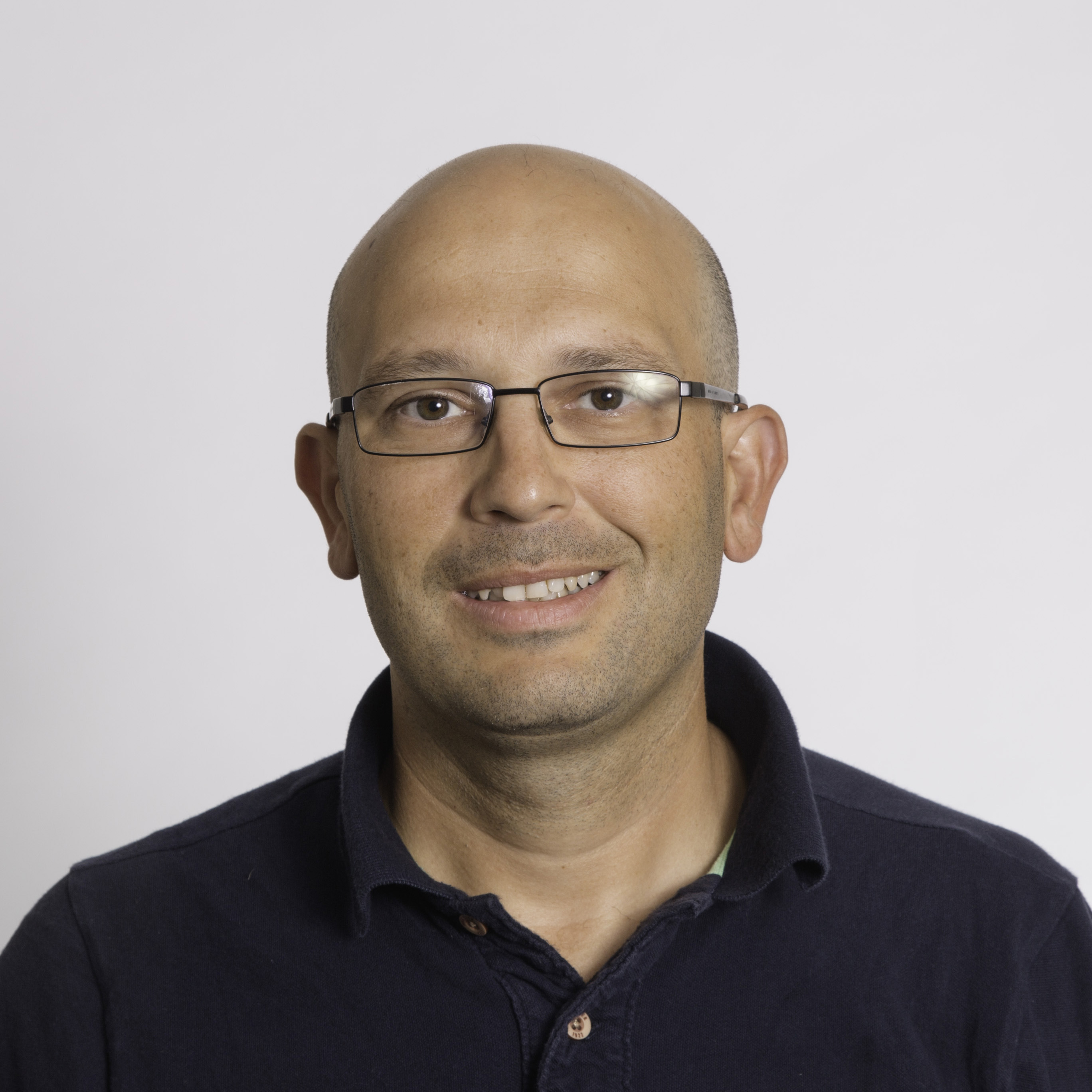 Head of the School of Life Sciences and the Environment, Associate Professor

Dr. István Imre is a Professor in the Department of Biology. He holds a B.Sc. (Fisheries Biology, 1997) and a M.Sc. (Zoology, 1999) degree from University of Guelph and a Ph.D. from Concordia University (Biology, 2003). Dr. Imre completed postdoctoral fellowships at Université de Montréal and McGill University before accepting a tenure-track position at Algoma University in 2006. His research interests include population ecology of salmonid fishes and behavioural and chemical ecology of invasive species, such as sea lamprey. Dr. Imre was instrumental in developing the University’s esteemed four-year Honours Bachelor of Science in Biology program and the highly successful Department of Biology. In 2013, Dr. Imre received the Distinguished Faculty Award. Over the years, he served in a broad variety of roles, including many university and Senate committees, Chair of the Biology department and Assistant Dean of Student Success and Wellbeing. Most recently, he has been overseeing the Quality Assurance processes and program management as Associate Academic Dean, Academic Programs and Curriculum.

Dr. Nairne Cameron is an Associate Professor in the Department of Geography and Geology. An avid fan of outdoors activities, Cameron found Geography to be a natural fit for her. In the classroom, her interests extend beyond the study of physical phenomena and into the realm of human geography as she encourages her students to take interest in both their own community and communities around the globe.

Cameron grew up in a rural area outside of Ottawa. She credits living in this area, which was close to both agricultural activities and a large urban centre, as first stimulating her interest in different geographical issues such as land-use, transportation and urban geography. She also cites the influence of her family as being an important factor in encouraging her to pursue an academic career.

“My father as a research scientist, and my mother as a science teacher and later travel agent, passed on to me their interest in research, science, nature, and exploring the world,” says Cameron. “My sister who lives in Vancouver has also been a great support.”

After graduating with her B.Sc. from Queen’s University, Cameron would go on to obtain both her M.A and Ph. D. from the University of Ottawa. She identifies her graduate supervisor Dr. Barry Wellar as having been “instrumental” in her academic studies of land use and transportation development.

Upon completing her Ph.D. Cameron would go on to become a post-doctoral fellow at the University of Alberta. It would be here that she would achieve what she considers to be her most important accomplishment.

“While at the University of Alberta, I began working with an Edmonton neighbourhood called Highlands that lost a grocery store 15 years ago. The community continues to mourn the loss, and is frustrated by the legal restrictions preventing the entry of a new grocery store. I have made several presentations and produced a report on this issue.”

Cameron has been impressed with both Algoma University and Sault Ste. Marie since her arrival in 2008. She singles out the local cross-country skiing opportunities as being especially noteworthy. However, she also reserves some praise for the quality of education at Algoma U.

“I believe that Algoma is a unique institution,” she says. “How many other campuses make maple syrup? I love the size of Algoma, the inclusion of the faculty in the Senate, and the sense of community. The small size means that communications are easier, and there is an opportunity for everyone including faculty, staff, and students to become acquainted with each other.”

In the classroom, Cameron enjoys the give-and-take with students. She encourages her students to stay abreast of what is happening both locally and around the world, but she also takes the time to absorb what the students have to teach her.

Cameron feels that the small class sizes and the focus on teaching at Algoma University make the school a great choice for undergraduates. She also notes that Algoma U is closely situate to a number of highly interesting geographical features.

“Algoma is a fantastic location in which to study Geography. The urban community of Sault Ste. Marie and the city’s strategic location on the Great Lakes and international border with the United States provide a stimulating setting for exploration of human geography issues. Geographers will appreciate the spectacular physical features of the Algoma Region including the Great Lakes and Canadian Shield, and the outdoor opportunities this area provides.”

Short bio: In my lab we study how the ability of aquatic animals to sense environmental cues is affected by contamination. Specifically, we look at the long-term effects of olfactory dysfunction in an ecosystem as well as answer questions about basic olfactory function in fish. Research in the lab includes how a neonicotinoid pesticide affects olfaction and agonistic behaviours in crayfish, the perception of novel cues by fish, and how fish recover from copper-induced olfactory dysfunction.

Entry into Algoma U’s Environmental Science Program is only a few steps away!

Get started now Back to programs

Read about what research is happening at Algoma U “We ensures that our students develop skills they can put to use in jobs where they will tackle critical environmental problems. Our students get hands-on experience working in the lab, completing internships, and can conduct high-quality scientific research for their Honours Thesis. We explore diverse topics in disciplines like Chemistry, Geology, Biology, Law, and Economics.” “I’m appreciative that the teachers of the Environmental Science Program are always willing to speak with you outside of the classroom if you have questions, or wish to discuss a topic further. Additionally, students have a multitude of opportunities for gaining hands-on experience with the content being covered in class. Fieldtrips around the Algoma District are exciting and informative. I’m glad I chose to study Environmental Science at Algoma U.”