Our Special Mission’s commitment to cross-cultural learning between Anishinaabe communities and the world infuses every aspect of campus life. 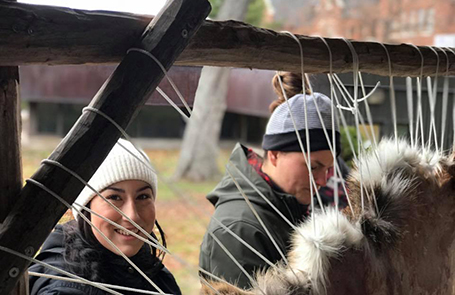 The land on which Algoma University now sits was provided by Chief Shingwauk and his community for the express purpose of educating the Anishinaabe people in the way of the European people that came to this territory, while teaching the newcomers how to live in harmony with the Anishinaabe people and all of creation.

As part of the transformational efforts we are undertaking to move the Nation’s priority of healing and reconciliation forward, we will use our history and stories to teach the truth about the residential schools history in Canada while at the same time, moving forward with Chief Shingwauk’s original vision for education on this site to be one of cross-cultural learning and teaching.

Algoma University is committed to being a welcoming, inclusive, safe, and respectful learning community; one that values the opportunities to learn from and with students, staff and visitors from all parts of the world. This is what makes Algoma University such a special place. Algoma University acknowledges the important work of the Truth and Reconciliation Commission of Canada (TRC) in bringing to light a very dark period in Canada’s treatment of Indigenous people. Work began and continues as a result of the advocacy and outcry of IRS Survivors against the assimilationist and extinguishment policies of Canada.

The objects of the University are the pursuit of learning through scholarship, teaching, and research within a spirit of free enquiry and expression.

It is the Special Mission of the University to,

Concerned for the survival and mibadziwin (well-being) of the Anishinaabe Nation, but equally conscious of the potential benefit of cross-cultural sharing and learning, Chief Shingwauk developed a strategic plan and way forward for his people.

A Kinoomaage Gamig (Teaching Wigwam) lay at its core. Ojibway tradition tells of the Seven Grandfathers who were given the responsibility by the Creator to watch over the people living on earth.

They gave to the people, seven teachings that would show them the way to live in harmony, spirituality and with Mother Earth.  RESPECT, to have honour for all of Creation. WISDOM, to cherish knowledge is to have wisdom. HUMILITY, to know humility is to know yourself as a sacred part of creation.  BRAVERY, to be able to face the foe with integrity. HONESTY, to be honest in facing a situation. TRUTH, to have truth is to know all of these things. LOVE, to know love is to know peace. 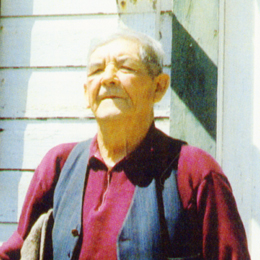 “The Shingwauk School never closed. It just entered a new phase of development. It has to be given a chance to finish what it started. It has to put back what it took away. It will be the people who went there that will care. Bring the people together. Let them gather and they will know what to do.”

The opportunity to share and learn in a respectful way, using the Anishinaabe worldview perspective; courses that allow for experiential participation for all students.

Keeping in mind; the vision of Chief Shingwaukonse, a teaching wigwam that allows for everyone to learn from each other, to relationship build and use the sense of community to participate in ways of knowing and doing that allow all students to benefit. Staying True to the Special Mission

Events and programming are delivered to encourage student success and help promote and celebrate Anishinaabe culture on campus. 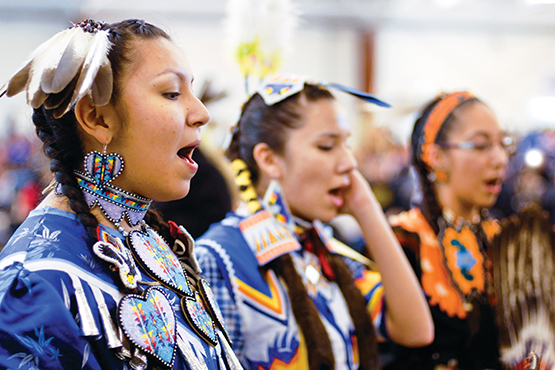 Addendum to the Covenant

The twelve years since our Covenant was entered into have been successful. It has seen the successful development of the Shingwauk Education Trust and the coming into being of the Shingwauk Kinoomaage Gamig as a means to provide educational opportunities and resources in living out our mutual commitment to the restoration of the original spirit and intent of Chief Shingwauk. Chief Shingwauk envisioned a teaching wigwam where people could acquire the necessary educational tools to live well in modern society, and to contribute in turn to it, without compromising the values of our respective cultures and traditions.

At the same time it has seen the successful development of Algoma University College into Algoma University with its own charter commitment to its partnership with the Shingwauk Education Trust and with Shingwauk Kinoomaage Gamig in a special mission to cultivate cross- cultural learning between Anishinaabe and other communities in Northern Ontario, embracing and fostering diversity while valuing differing cultural and spiritual perspectives.

After smoking our pipes, a visual record was made to show the meaning of the sacred relationship/partnership between Algoma University and Shingwauk Education Trust, and their commitment in fulfilling Shingwauk’s vision of the Kinoomaage Gamig (teaching lodge).

This visual record was made by Anishinabeg in ceremony as a sacred wampum belt made of wampum shells/beads to depict the agreement/understanding reached by Algoma University and Shingwauk Education Trust.

This debwewin (truth) cannot be changed or given different meaning because wampum agreements/treaties cannot be altered at all because all the shells/ beads would break.

Shingwauk Kinoomage Gamig is the realization and fulfillment of Shingwauk’s spiritual ba-waa- ji-gan (vision/dream). Shingwauk Kinoomaage Gamig (Teaching Lodge) represents a commitment by Algoma University and Shingwauk Education Trust to protect the middle ground, which establishes a body of intercultural scholarship that entrenches an academic alliance between both institutions.

Waynaboozho began to sing a song. All the animals began to dance in a circle on the growing island. As he sang, they danced in an ever-widening circle. Finally, the winds ceased to blow and the waters became still. A huge island sat in the middle of the great water. (bawdwaywidun banaise)

This story echoes the generational experience of Anishinabe people and our relationship with the land. Obwandiac, Tecumtha and Shingwauk’s leadership in challenging Euroamerican colonial hegemony gives context to Shingwauk Kinoomaage Gamig and the middle ground.

Within Shingwauk Kinoomaage Gamig and the middle ground, both Algoma University and Shingwauk Education Trust see each other in the context of family either as an uncle/aunt or brother/sister. An uncle/aunt is not a dominating figure. A brother/sister is seen as an equal with an obligation to help the other.

In this Addendum we recommit ourselves to this vision of Shingwauk and to our partnership and agree to abide in good faith by the additional sub-agreements under this Addendum that we will enter into to bring its intent into being. Algoma University is committed to providing an educational environment for Anishinaabe students that is respectful, inclusive, and welcoming. 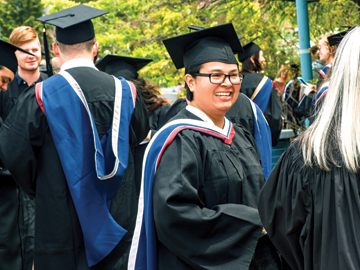 Providing a unique space for the preservation and use of Anishinaabe Knowledge, offering supports to faculty, students, and the public. A cross-cultural research and education project which includes former students of the Residential schools, staff, descendants, family, and friends. Taking Care of Our Land Symposium

this symposium explores the inclusion of cultural and traditional practices of land management, planning, and use for Indigenous communities in Northern Ontario. The significance of the Forum’s historic location and collaborative approach to programming truly made this an event not to be missed. Mukwa Waakaa’igan will serve as a centre of cultural excellence for the country; a place where people of all cultures will be welcomed from around the world to share and learn from and with each other as part of the university’s commitment to creating a safe, welcoming and inclusive place for cross-cultural understanding, teaching, learning healing and reconciliation.

Honouring the Lives of Missing and Murdered Indigenous Women, Girls and 2SLGBTQQIA+ People

This page serves as a guide to help locate resources about Missing & Murdered Indigenous Women, Girls and 2SLGBTQQIA+ in Canada. Here you will find links to books, e-books, journals, articles, theses, videos, websites and more about this topic. Gabegendaadowin – which translates to Mutual Respect, Thoughtfulness, Care, Consideration and Awareness for others – is a training program that bridges the gap between Indigenous and non-Indigenous communities. The goal of the program is to address those biases in a wholesome, intentional and collaborative fashion. 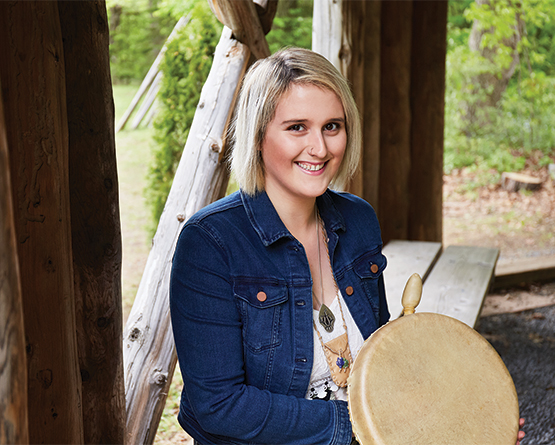 Algoma University is the only university in Canada to offer a three-year undergraduate degree in Anishinaabemowin, the Ojibwe language. Through a culture-based curriculum, students will learn Anishinaabe history, philosophy and worldview while experiencing and exploring the importance of self-knowledge, as well as interpersonal and intercultural respect.

Providing for the well-being of former students of the Shingwauk and Wawanosh Indian Residential Schools, their families, and their communities.