(SAULT STE. MARIE, ON – March 28, 2017): Algoma University and the Department of Visual Arts are pleased to announce that alumna Jessie Buchanan has been selected as one of three exhibitors in the Winnipeg Art Gallery’s (WAG) coast-to-coast-to-coast Canada 150 Art Express’d/Art Exprime.

As part of Canada’s 150 celebration, WAG developed Art Express’d/Art Exprime, which features three travelling art exhibits. The exhibits will be housed in 20-foot shipping containers, turned into mobile art studios, which will visit every province and territory in Canada. A nationwide call for submissions was held to select the three contemporary artists to showcase their vision of Canada through art while also inspiring the public to get involved in art through community workshops.

From Southern Ontario, and a member of Aamjiwnaang First Nation, Buchanan attended Algoma University from 2006 – 2010, where she earned her Bachelor of Fine Arts. She took elective courses from Shingwauk Kinoomaage Gamig (SKG), which helped her embrace her First Nations heritage and identity. Upon graduating, she was the lead member of the curatorial team at the Art Gallery of Sudbury for two years. She later graduated from the Toronto Art Therapy Institute (TATI). Today, she lives in Guelph, Ontario, where she focuses her career on her studio artwork. Buchanan is best known for her landscapes and animal paintings, and a spiritual connection to the land informs her work.

As part of Art Express’d/Art Exprime, Buchanan will be travelling the north to south route, with stops in Inuvik, Whitehorse, Yellowknife, Churchill, and the Rankin Inlet. Buchanan’s exhibit, titled “Voices of the Landscape”, will showcase mainly two-dimensional acrylic paintings that answer the questions, “How do you understand yourself as Canadian?”, and “Do you feel connected with your land and/or environment?” Her mobile studio, however, will be equipped to also record music and spoken word, allowing the community to get further involved in the art initiative.

“It is such an honour to be selected for this project. I believe it will help me on my own journey of growth; artistically, personally and spiritually. I am captivated by the Inuit traditional culture and am very excited to learn more. I am always wanting to celebrate Canada’s First Peoples and what better way to do that than through the arts!” said Buchanan. Algoma U Artists Show Off Work in Year-End Exhibition

Beginning on April 18th, graduating thesis students from Algoma University’s Bachelor of Fine Arts program will be displaying their work in their year-end exhibition at 180 Projects at 180 Gore Street. 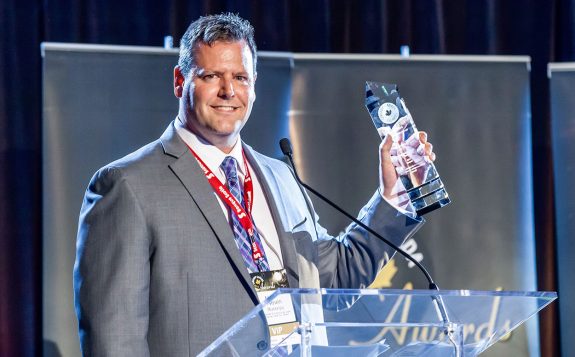 In a world where successful entrepreneurs become household names, and their products can change the world, Nevin Buconjic can trace his entrepreneurial roots back to age 12. Having started eight companies in his lifetime, Buconjic is no stranger to risk-taking,